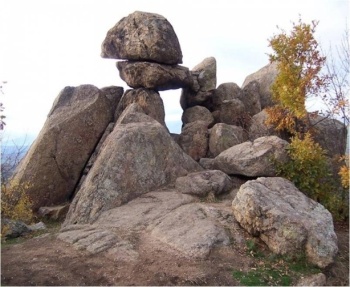 The megalithic sanctuary near the village of Buzovgrad. 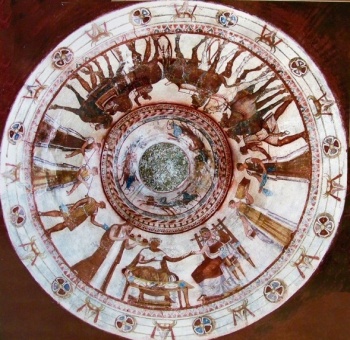 The Thracian Tomb of Kazanlak -part of a large royal Thracian necropolis in the Valley of the Thraian Rulers near their ancient capital of Seuthopolis.

It comprises a narrow corridor and a round burial chamber, both decorated with murals representing a Thracian couple at a ritual funeral feast. The monument dates back to the 4th century BCE and has been on the UNESCO protected World Heritage Site list since 1979. 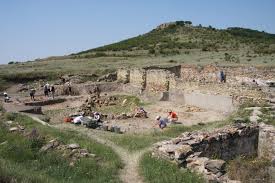 The rock sanctuary "Zaychi Vrah" in the area of the ancient Thracian city of Kabyle (Cabyle)near the town of Yambol. 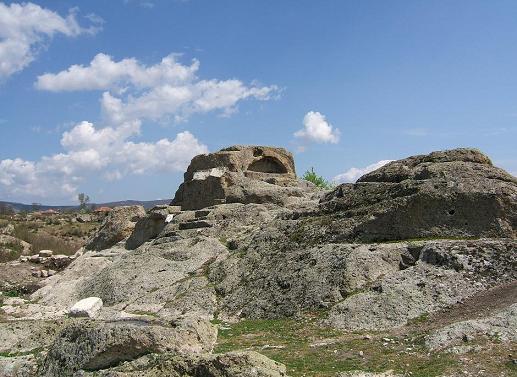 "Tatul" rock sanctuary near the town of Momchilgrad 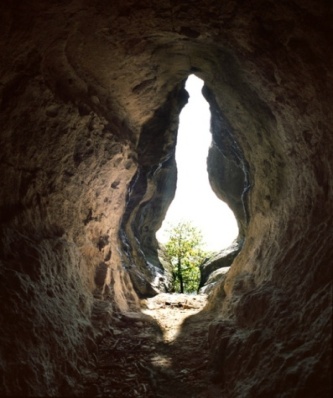